As with any bankruptcy filing, the hope is to get a fresh start. And the City of Detroit is on its way… at least I hope so.

Detroit, Michigan – the birth place of the modern automobile, hometown to the Detroit Red Wings, and a city so bleak that it took filing for bankruptcy protection to clean up after its very corrupt political leaders and get city services back to its residents. 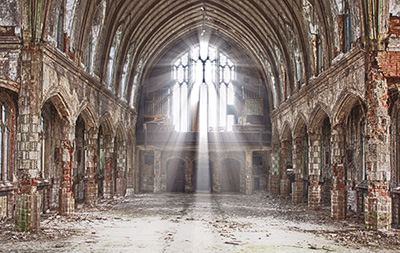 With debts estimated at $18.5 billion, Detroit is in severe economic crisis. The city’s infrastructure is so obsolete that workers spend more time processing paperwork than they do actually collecting on the bills they send out. Public transportation is unreliable in most of the city and completely unavailable in the rest. Garbage pickup is inconsistent. More than 40% of the city street lights do not work. Detroit Police response times exceed an hour for emergency calls. Given the lack of the most basic city services, it’s no wonder that Detroit consistently ranks as one of the most dangerous cities in America.

Fortunately for the city residents, there is a light at the end of a very dreary tunnel. Detroit filed for Chapter 9 bankruptcy on July 18th, 2013 in the largest municipal bankruptcy filing in US history. And in less than 15 months Detroit will be exiting bankruptcy with a restructuring plan in place to get city business and services rolling again.

The restructuring plan, approved by Judge Steven Rhodes on November 7, 2014 allows Detroit to eliminate $7 billion in debt but only because they were able to get agreements with most of the current unions, retirees, and contract holders. People and businesses that have judgments against the city are not as fortunate as it appears that they may possibly only be eligible to collect $0.14 on the dollar for their judgments. But overall, it’s a good plan for the residents of Detroit who should be able to get the most basic of city services provided to them.

Just like with individual bankruptcies, only time will tell if the plan will work for the Motor City. Assuming that the political leaders can keep their hands out of the till and stay on track, there is no reason that Detroit can’t recover.