U.S. household average credit card debt peaked in 2009 but is still over $16K 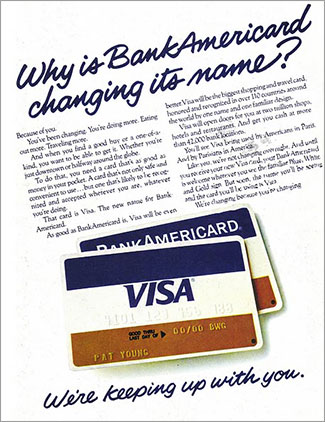 But it wasn’t always this way. Until the late 1950’s credit cards were not available to the average American. Most people had no access to unsecured credit, or used lines of credit that were paid off within a short period of time. Everything changed in 1958 when Bank of America began offering its BankAmericard credit card. Since then, Americans have been charging away to the tune of billions per year. On average, credit card debt is the third largest debt people owe, surpassed only by student loans and home mortgages.

The more frequently people use their credit cards, the more likely they are to accumulate an increasing balance from month to month. It’s easy to see how many people find themselves struggling to make minimum payments and even falling behind. Making even one payment late will trigger an increase to the “default rate” – a preset penalty interest rate that can be as high as 30% on some popular cards.

Faced with an excessive amount of high-interest-rate debt, it only takes a minor bump in the road – like an unexpected medical expense, a cut in work hours or pay, or a loss of a job – to push someone over the edge. For many of these unfortunate individuals, bankruptcy is the only practical way to escape from debt they can no longer afford.

Whether you have average credit card debt or not, if you are struggling with debt, bankruptcy may be the solution. The decision to file bankruptcy is a difficult one and the process can be confusing. Contact bankruptcy attorney Barbara Craig today for a free bankruptcy consultation to discuss your unique situation. Serving clients in the South Bay area including San Pedro, Lomita, Harbor City, Wilmington, and other nearby communities.