How to protect your rights to injury compensation when filing bankruptcy

Deciding to file bankruptcy can be a difficult decision for anyone. But when a person is unable to generate sufficient income due to an injury or other health problems – either their own or those of a loved one – filing bankruptcy may be the only way to get out from under ever-growing debt.

Often, people in these situations are dealing with the added complication of a pending or completed lawsuit (“injury claim case”) for a personal injury, worker compensation, wrongful death, or other claim in which they may potentially or have already obtained compensation from another person or company, whether it is the result of a judgment or settlement.

Injury claims that occurred before the bankruptcy filing 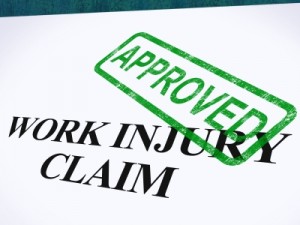 Injury claims that occurred after the bankruptcy filing

Exemptions in California bankruptcy cases can be complicated because there are two different sets of exemption provisions which can be utilized to protect the debtor. For this reason, it is very important to consult with an experienced bankruptcy attorney, who can analyze the facts of your case and determine the most advantageous way to file.

How to file bankruptcy and protect your injury claim case

How can you file bankruptcy and make sure you protect your rights in an injury claim case? Telling your bankruptcy attorney about the case is essential as the attorney will need to make sure it is correctly documented in your petition.

You should also make sure that your injury claims attorney receives a copy of the bankruptcy petition and is kept informed of the progress of your filing. Be sure to keep all of your documentation organized so if requested the paperwork can be submitted to the bankruptcy trustee in a timely manner.

There are many potential hurdles on the path to a successful bankruptcy filing. An injury claim case is a major one that needs to be discussed with an experienced bankruptcy attorney.

Do you have questions about filing for bankruptcy with a injury claims case, judgment, or settlement? Contact Bankruptcy Attorney Barbara Craig to schedule a free consultation. Serving clients in the South Bay area including Torrance, San Pedro, Lomita, Harbor City, Carson, Wilmington, Long Beach and other nearby communities.