Should you spend years and thousands of dollars to settle delinquent debt, or eliminate it quickly in bankruptcy? 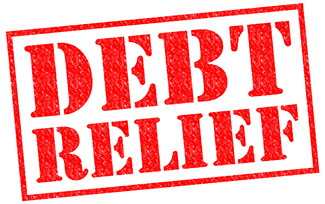 While it is true that most creditors will settle delinquent debt for less than what you owe, they will only do so if the debt can be paid off in one lump sum or in just a few payments. But most people who are having financial troubles and are seeking help to clear it old debt don’t have access to enough money to quickly pay off these debts. That’s where debt settlement companies come in.

Debt settlement companies promise that they can eliminate your debt quickly. Depending on the amount of debt that you owe, how many creditors you have, and how much money you have available to pay debts, it can take years to settle your debt with this type of service.

Once the balance is high enough, the money is used to negotiate your debt. If you have a lot of creditors or have high balances, it will likely take several years many thousands of dollars in payments before the negotiation process can even start. In the mean time, your overdue accounts will continue to be reported to the credit bureaus, doing further damage to your credit rating.

Plus, there is ample evidence to suggest that debt settlement does not work well for most people. For example, a survey of U.S. debt settlement companies found that just 34.4% of consumers enrolled in debt settlement plans had 75% or more of their debt settled within three years.

Why bankruptcy works faster and better than debt settlement

There are two types of bankruptcy commonly used by debtors – Chapter 7 and Chapter 13.

Chapter 7 bankruptcy can eliminate most or all of your debt in about four months, which is less time than it would take to settle even one credit card using a debt settlement company. The cost to file chapter 7 bankruptcy is typically under $2,000 for attorney fees, court filing fees, and other expenses. If you have $10,000 or more in debt – which is typical of consumers considering either debt settlement or bankruptcy – the cost to file bankruptcy is far lower than what a debt settlement company will require to settle your debts for you. Plus, in a chapter 7 case, if you are current on your house and/or car payments, or able to get current before the case is closed, you will be able to keep your home and/or vehicle.

Chapter 13 bankruptcy is a structured repayment plan where you can pay back your debts under court supervision over a three- to five-year period. This type of bankruptcy is most often utilized by people who are not eligible for chapter 7 bankruptcy and people who are behind in their mortgage or car payment and want to keep their property. If you can stick to your chapter 13 payment plan you will not lose your house or car at the conclusion of your bankruptcy case.

When does debt settlement make sense?

If you have only a small amount of debt, or the amount it would take to settle your debt is less than the amount you would pay in chapter 7 or 13 bankruptcy, debt settlement might make sense for you. However, this scenario is rare, and most people will save money and time and restore their credit rating much more quickly by filing for bankruptcy protection.