Personal bankruptcies in the U.S. are up over 30%

According to a July 2016 NBC news report, personal bankruptcy in the U.S. is up over 30% from 2015 due mostly to higher costs of living along with slow to no wage growth. According to the National Bankruptcy Research Center (NBRC), while bankruptcy filings steadily declined between 2011 and 2013 — dropping 14% from a record high in 2011 – the NBRC’s 2016 report is expected to show that filings are on the rise.

The Federal Reserve Bank’s latest survey on the economic well-being of Americans found that 46% of households do not have enough cash to cover minor emergencies. While most experts recommend accumulating a savings cushion equivalent to at least six months of living expenses, a majority of U.S. households do not have enough reserves to cover even a relatively small $400 emergency. This statistic is alarming. $400 is less than the average automobile insurance deductible, likely not enough to cover ordinary emergency home repairs like replacing a water heater or refrigerator, and would barely cover a typical emergency room visit copay and/or deductible.

A recipe for crushing debt 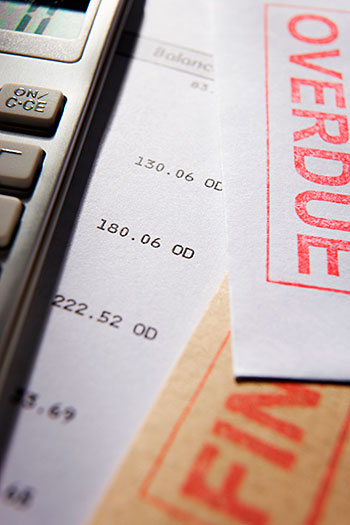 The survey also noted that a third of Americans do not have a steady source of monthly income and almost half have fluctuating monthly expenses. This is a volatile combination that makes it extremely difficult to live within one’s budget. As a result, a growing number of people are increasingly relying upon credit cards simply to make ends meet. Compounding the problem is that many cardholders pay only the minimum monthly payment, further increasing their debt burden due to substantial interest charges.

Even worse, many people in this situation have already exhausted traditional credit resources and resort to alternative sources of credit such as payday loans, auto title loans, and subprime loan companies. These forms of credit all have one thing in common: elevated, sometimes exorbitant, interest rates.

Bankruptcy: the light at the end of the tunnel

There’s an old expression: you can’t borrow your way out of debt. Currently, the average U.S. household with debt is burdened with $15,762 in credit card debt and $130,922 in total debt. For consumers who have little hope of substantially improving their financial circumstances and paying off accumulated debt within a reasonable time period, bankruptcy may be the best option.

There are two types of bankruptcy for individuals, depending on income and assets:

To determine the appropriate course of action, the bankruptcy means test is used to calculate monthly disposable income; the amount of income left over each month after covering housing costs and other living expense obligations. If this amount is under the defined threshold, the individual qualifies to file for Chapter 7; otherwise, they may only file under Chapter 13.

Filing for personal bankruptcy results in an automatic stay, under which most creditors are prohibited from continuing with any collection proceedings. Harassing telephone calls from bill collectors cease. This stay also applies to most foreclosures, evictions, and utility disconnects. Certain actions are exempt from this stay and can move forward as normal, including child support and divorce proceedings, and collection of pension loans and tax debts.

Bankruptcy exemptions exist to protect individuals against losing certain possessions such as their home, vehicle, and other important property. Applying these exemptions strategically is important to maximize protection of assets. The rules can be complex — an experienced bankruptcy attorney is best equipped to provide accurate advice.

Filing a personal bankruptcy does not ruin one’s credit forever. Most people who are candidates for bankruptcy already have severely damaged credit due to maxed out credit cards, late and missed payments, and collection accounts — so filing for bankruptcy makes little immediate difference in their credit scores.

It is possible to begin building credit and improving one’s credit score as soon as the bankruptcy is discharged, which is generally within 100 days of filing. Many people have obtained credit cards and auto loans within the first two years after discharge and home mortgage loans within five years. Although the bankruptcy continues to appear on credit reports for up to 10 years after discharge, its impact on credit scores decreases over time, and has very little influence after about five years.

Do you have questions about filing for personal bankruptcy and how it might affect you financially, now and in the future? Contact South Bay Bankruptcy Attorney Barbara Craig today to schedule a free, confidential consultation and learn about your options for getting relief. Serving clients in San Pedro, Lomita, Palos Verdes, Torrance, and other South Bay area communities.