I don’t know much about professional basketball but the recent controversy surrounding Donald Sterling’s ownership of the Los Angeles Clippers intrigues me. Specifically, it’s the legal aspects regarding the ownership and sale of this franchise that holds my attention. While at first glance, it looks like a story about the legal and financial affairs of the extremely wealthy, there are lessons here to be learned for all people. 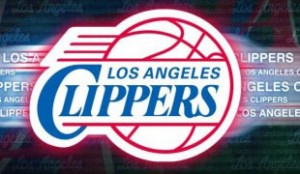 The Los Angeles Clippers NBA franchise is currently owned by the Sterling family trust, and it has been reported that the trustees of the trust are Donald Sterling and his wife Rochelle. The news coverage suggests that it’s an all but done deal that the Clippers have been sold to former Microsoft CEO Steve Ballmer, who reached an agreement with Rochelle Sterling to buy the franchise for $2 billion.

When a trust has two trustees — as is the case with most family trusts — the trustees must work together to manage the assets of the trust, unless and until one of the trustees is no longer able to perform their duties as trustee.

A trustee who is not capable of performing their duties because of physical or mental incapacity can be discharged of their duties, leaving all responsibility to the remaining trustee. It has been reported that Donald Sterling has been deemed mentally incapable of managing his affairs. If this is true, Rochelle Sterling can sell the franchise out from underneath her husband, even if he does not want it to be sold.

It’s probable that Mr. Sterling has signed such documents as part of his estate plan as this is normally considered to be a core element of the estate planning process. There is no record of a court proceeding making this determination, but news reports suggest that Mr. Sterling underwent neurological evaluations in early May.

If so, a pre-designated team of people listed in Mr. Sterling’s health care directive could make a decision regarding his mental capacity based on the results of these exams, without the need to take the matter to court.

The risks for Rochelle Sterling

If it is true that Donald Sterling has been determined to be mentally incapable of acting as trustee, then it would be perfectly legal for Rochelle Sterling to sell the Los Angeles Clippers. But it should also be noted that a trustee has an obligation (fiduciary duty) to manage the assets of the trust for the beneficiaries of that trust.

If at any point in the future, a court of jurisdiction determines that it was not in the best interest of the trust beneficiaries to sell the L.A. Clippers, Mrs. Sterling could be held liable for the breach of her fiduciary duties. To avoid this from happening, she must be absolutely confident that her husband is truly not capable of making his own decisions, and that the sale of the franchise she negotiates is in the best interests of both of her and her husband.

Trusts and estate planning: not just for the super-rich

Although the average South Bay homeowner doesn’t have billions in assets like Rochelle and Donald Sterling, the estate planning process and asset protection strategies such as trusts can provide valuable legal and financial benefits now, and for generations to come. The advantages of these tools are available to everyone, not just the super-rich.

If you’re interested in protecting your assets with estate planning, including the possibility of establishing a trust for the benefit of you and/or your spouse and other family members, contact South Bay estate planning attorney Barbara Craig for a free consultation.