The designation of successor trustees and/or executors in estate planning documents is a critical decision for anyone planning for the inevitable. Whether your successor trustee will be administering real estate and investments held by your trust, or your executor will be tasked with distributing money from your accounts and personal possessions to your named heirs, it is important to select a person of integrity for the role. 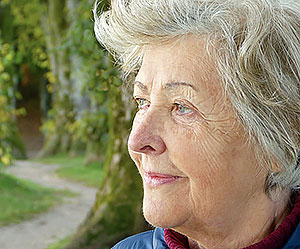 It’s not always an easy decision to make. Some of my clients – either because of uncertainty, a concern about the trustworthiness or reliability of their first choice, or simply out of a desire not to offend a family member or loved one – have initially requested to designate successor co-trustees or co-executors.

While their reasons for doing so may vary, my reason for doing my best to talk them out of it is always the same. Putting successor co-trustees in charge of a trust or co-executors in charge of a will generally causes more problems than it prevents.

Not so fast. It is always heartwarming to work with people who want to treat their children fairly. I don’t keep track, but I would say the majority of my clients leave equal shares of their assets to all of their children. So, it’s understandable that their first thought is to leave all of their children jointly in charge when they pass. But this almost never works out. Even in the most harmonious family, siblings rarely agree 100% on everything, particularly substantial financial matters.

Case in point: I recently worked with clients whose mother left her three children a one-third share of a respectable real estate portfolio, but she also named all three as co-trustees. I represented one brother and a sister who disagreed with their other brother about how to manage the properties. It took more than a year and the assistance of two attorneys to resolve the dispute. In the end, they all got their fair share of the assets. But each share was a little smaller than it would have been without the fight and the legal fees. It all could have been avoided if their mother had put only one of them – or someone else entirely – in charge.

Another reason some clients explain a desire for successor co-trustees or co-executors is to ensure the asset distribution process is carried out properly by providing built-in oversight. Their thought is, if there is an opportunity or temptation for one trustee or executor to do something improper, it is unlikely that a co-trustee/executor would sign off on any wrongdoing. But in practice, this seldom works as intended. If the co-trustees/executors disagree about something, it is much more likely that progress will grind to a halt due to a stalemate, than it is that one will convince the other to “do the right thing.” More often than not, outside assistance to resolve the dispute becomes necessary.

Isn’t naming one trustee or executor putting all my eggs in one basket?

Not at all. The successor trustee of a trust and the executor of a will have legal responsibility to act in a manner that is consistent with the terms of the trust or will, in the interest of all beneficiaries, and in accordance with state law. They must also act transparently by providing written notices and other reports to beneficiaries. If they violate these duties, they can be held financially liable for their misconduct by a court of law.

A beneficiary can petition the court for relief, and the court has broad powers to supervise the trustee or executor, issue the trustee or executor orders to perform specific actions, or even remove and replace the trustee or executor. Checks and balances are already built into the legal system for when something goes wrong in the process of administering a trust or will. So, when it comes to your estate plan, it is not necessary to designate successor co-trustees or co-executors to guard against a worst-case scenario that rarely occurs.

If you need a new trust or will – or need to review your existing estate plan – speak to experienced estate planning attorney Barbara Craig to discuss your needs.