What is Estate Planning?

Planning for the inevitable: death and taxes

Estate planning is a process involving the counsel of professional advisors who are familiar with your goals and concerns, your assets and how they are owned, and your family structure. It can involve the services of a variety of professionals, including your lawyer, accountant, financial planner, life insurance advisor, banker, and broker. 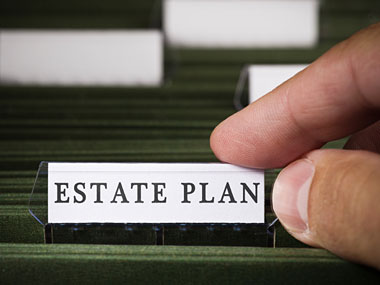 Estate planning covers the transfer of property at death as well as a variety of other personal matters and may or may not involve tax planning. The core document most often associated with this process is a last will and testament, but most people are better served by a revocable living trust.

More and more people are holding the bulk of their wealth in qualified plans and individual retirement accounts (IRAs). Although most plan participants know that these vehicles provide income tax-free growth for assets held in them, few understand the rules regarding plan distributions. With proper planning, participants can make the most of this income tax benefit and even pass some of that benefit on to their beneficiaries.

Although assets held in qualified plans and IRAs (Plans) generate no income tax liability, the distribution of those assets to a participant (P) or P’s beneficiaries does, generally at ordinary income tax rates on every dollar. The IRS also imposes “penalty” taxes on withdrawals made either too soon or not soon enough. If P withdraws assets from a plan before reaching 59 1/2, he or she will have to pay a 10% penalty tax in addition to the payment of ordinary income tax on the withdrawal (unless one of several limited exceptions applies). More onerous is the tax imposed if P does not make a required minimum distribution after reaching his or her “required beginning date” (RBD), which generally is April 1 of the year after the year in which P reaches age 70 1/2. On that date, P must make certain minimum withdrawals. If P does not do so, a 50% penalty tax is imposed on the amount that should have been withdrawn but wasn’t (again, in addition to the ordinary income tax on the distribution).

In other words, there is potential tension between P, who may not want to make any Plan withdrawals even after the RBD, and the IRS, which wants withdrawals to be made and taxes to be paid. The good news is that, with proper planning, P can decrease the size of the required minimum distribution and increase the Plan’s income tax benefit.

Distribution of plan assets to the participant

As noted above, P usually should not withdraw Plan assets before reaching 59 1/2 to avoid the 10% penalty tax, and must take required minimum distributions after reaching the RBD to avoid the 50% tax (these required distributions provide a floor, not a ceiling; P is always free to withdraw more than the minimum amount). The required minimum distribution is determined actuarially; basically, P divides the amount of assets held in the Plan in any given year by his or her remaining life expectancy. P must elect either to use a fixed life expectancy or to recalculate it each year. By recalculating, P obtains greater deferral during his or her life, but may adversely affect beneficiaries’ deferral after P’s death (discussed below). If P does not make an affirmative election, P will be deemed to have irrevocably elected to recalculate. P also may have the option of using the joint lives of P and the beneficiary named in the Plan beneficiary designation, which reduces the required minimum distribution each year because the life expectancy is longer.

However, P can only use joint life expectancy if P has a “designated beneficiary” (DB). Designated beneficiary is a tax term of art; it means the beneficiary named on the beneficiary designation form on the earlier of P’s death or RBD, but only if that beneficiary is an individual. In other words, P can have an actual beneficiary, but not a DB, if P names a charity or P’s estate. A trust must qualify as a DB, but only if it is drafted to meet certain tax requirements. If P has named several beneficiaries, each must be an individual (or qualifying trust) for P to have a DB. If several beneficiaries are named, the oldest beneficiary’s life expectancy is used. Finally, if P names an individual other than P’s spouse, that individual will be deemed to be no more than 10 years younger than P for purposes of determining P’s minimum required distributions.

Once P has reached the RBD and a DB has been determined, P cannot later change to a younger DB in order to increase the amount of deferral. However, if P later changes to an older beneficiary, or to a non-individual, that new beneficiary’s life expectancy will be used and the amount of deferral decreases. In other words, P cannot help, but can only hurt, himself or herself by changing beneficiaries after the RBD.

Distribution of plan assets after the participant’s death

On P’s death, Plan assets are distributed to P’s beneficiaries in accordance with rules that change, depending upon the beneficiaries’ identities and the date of P’s death.

Third, if the beneficiary is not P’s spouse and if P dies after the RBD, the beneficiary must withdraw Plan assets “at least as rapidly” as P did. As you might expect given these horribly complicated rules, “at least as rapidly” does not actually mean at least as rapidly, but rather using the same method, as P did. This can have adverse consequences for P’s beneficiaries. For example, assume that P never filled out a beneficiary designation, or named her estate as her beneficiary, on the RBD. Assume further that she never elected otherwise, so the IRS deemed her to be making minimum distributions using the recalculation method. Finally, assume that her will directs that P’s two daughters are entitled to all the property of her estate. Under this example, P has no DB, so only P’s life expectancy can be used. On P’s death, her withdrawal method must be used by her estate and subsequently by her daughters. Because P’s recalculated life expectancy after her death is zero, all of the Plan assets must be withdrawn by December 31 of the year after the year in which P died, and income tax at ordinary rates must be paid on the entire amount. All future deferral is lost. By contrast, had P named her daughters individually (or qualifying trusts for their benefit), the daughters could have withdrawn Plan assets over the oldest daughter’s life expectancy.

In addition to the income tax issues described above, the value of the assets in the Plan on P’s death will be included in P’s estate when determining estate tax liability. Unless P’s beneficiary is P’s spouse or charity (and the marital or charitable deduction applies), the Plan assets could be subject to estate tax of up to 49% in 2003 (due to decrease to 45% by 2007), depending upon the value of P’s estate. If assets are withdrawn from the Plan to pay this tax, that withdrawal will generate an income tax liability on top of the estate tax liability.

In light of the factors above, a Plan participant should always consider the following:

Participants routinely (and wrongly) assume that their wills govern the distribution of Plan assets. These assets are distributable to the beneficiary named on the form, or according to the default method in the Plan, regardless of the provisions of the participant’s will.

Always name a DB, if possible

As noted above, without a DB, the deferral of withdrawals from a Plan by either the participant or the beneficiaries may be severely limited or eliminated completely.

Review the plan periodically, and always just before the RBD

The beneficiary designation should be reviewed at regular intervals, after a major life event such as divorce or a death in the family, and within the year before the participant reaches the RBD. The latter is particularly important, because it allows the participant to ensure that he or she will make the proper election regarding minimum distributions by the RBD.’

If a participant has a large Plan balance or a complicated estate plan that involves, for example, distributing Plan assets to trusts for minor children or partially to charity and partially to children, the participant should consider working with an expert in this area to obtain the best tax planning advice.