What is a social media prenup?

On several social media networks, there are conversations about social media prenups and it got me thinking. A prenuptial agreement or “prenup” is a legal agreement created before marriage to define what happens in the event the marriage fails.

Prenups have been around since the beginning of time. Most people don’t like to discuss prenups, especially when they’re deep in the glory of being in love. But marriage is a no different from any other partnership. There should be rules in place to define if the partnership were to fail. 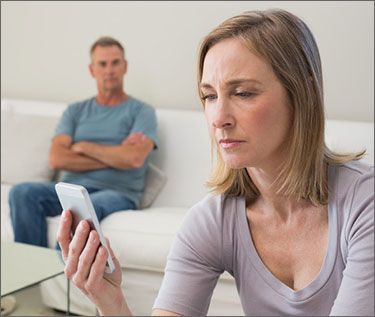 Given how ingrained social media sites like Facebook, Instagram, LinkedIn, Twitter, and others are to our lives, it actually makes sense to consider defining the rules early on as to what is permissible to be posted on these sites during the marriage, as well as in the event your marriage fails. A social media prenup would be the perfect tool to protect your online privacy and profile.

Why a social media prenup isn’t a bad idea

Your spouse most likely knows more about you than any other person. He or she can get you to do things that you would never do if asked by another person. Spouses have private photos, know your personal thoughts about others, and know your habits and routine. They often know or have some connection to nearly every person you know. If your spouse is angry at you, he or she can cause real harm to your online presence if they were to air your dirty laundry on social media websites. And once it’s exposed, this information never goes away; it gets indexed by search engines and becomes a permanent record of your past history.

If your spouse wanted to hurt you via your social media profile you could lose friends, be mortally embarrassed, or even lose your job. It has already happened to many people.

A social media prenup could prevent all of this from happening as it would specify the ground rules on what is allowed to be posted online during (and after) marriage. Break the rules and get sued for it. Post an embarrassing photo, be prepared to pay the consequences as spelled out in the social media prenup. If you end up hating the person you are no longer married to, is it really worth the risk of getting slammed with a lawsuit from your ex because you posted something on social media? Especially if the penalty is financial and large enough to hurt? A social media prenup could make both parties think twice about airing information in public that was intended to stay private.

Barbara Craig is an attorney in private practice, serving the South Bay area of Los Angeles